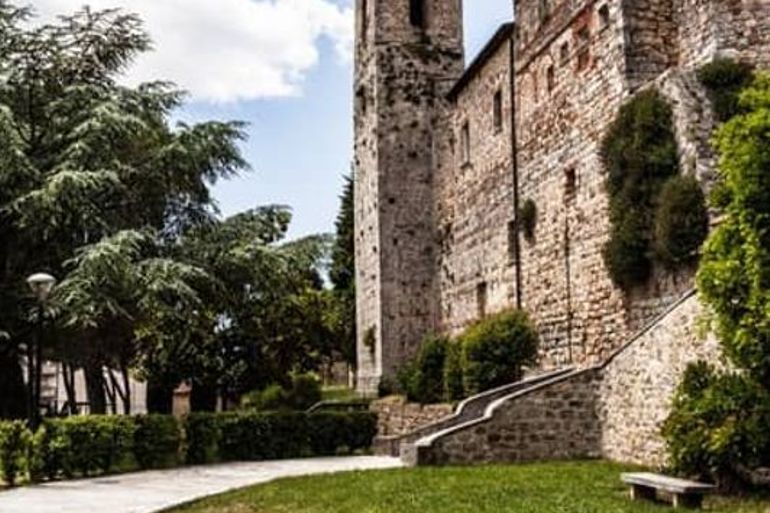 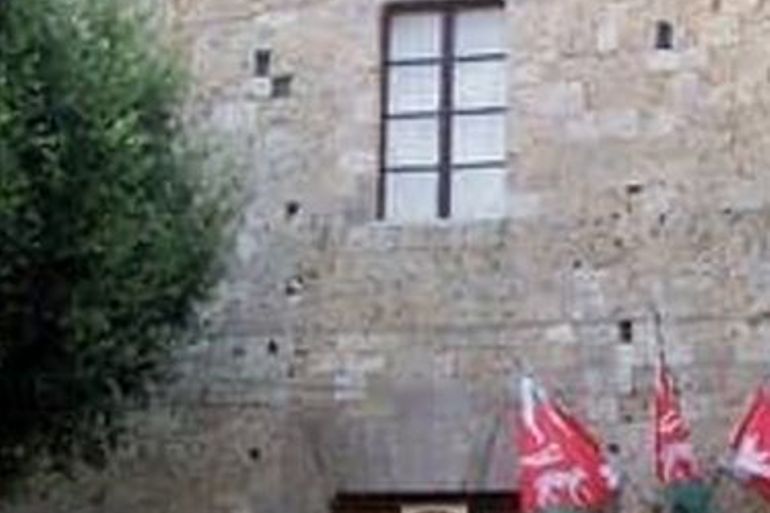 This church and convent in Massa Marittima is no longer a religious building. It’s actually the site of the Museo di Arte Sacra.

The church was abandoned in the 12th century in favour of St Augustine’s Church, which was bigger and newer. Both churches are in Piazza Socci.

You don’t have to buy a ticket for the museum to admire St Olmo’s Church. It is often closed though.

The church is far more beautiful on the inside than on the outside and bears the remains of some striking 14th century Sienese frescoes.

Next to the church is a small arch that leads into the cloisters of St Augustine’s Church. This beautiful little courtyard often hosts art exhibitions.

The top level of the buildings is adorned with thin, tall Gothic windows, while the bottom floor is surrounded by a covered terrace, held up by thin columns.

In the middle of everything is a square of green grass, which I find is

Massa Maritima has always wielded considerable religious power in the region. It was originally the seat of the medieval diocese and any religious institution here has never wanted for money or luxury, which is great for modern tourists!

The monastery itself was built in the 12th century and the frescoes on the walls throughout the various exhibitions were painted by the 14th century Sienese school. The museum focuses on the 13th, 14th and 15th centuries when Massa Marittima was at its wealthiest.

The exhibitions are spread across five rooms. The first room is dedicated to 10 very rare and very beautiful medieval bas-reliefs in grey and black alabaster that were taken from the Duomo di Massa Marittima. They depict, among other things, the 12 Apostles.

The second room is filled with Gothic Sienese-Pisan sculptures dating from the 13th and 14th centuries. The statues of the griffin, man and horse also come from the Duomo and are by Giovanni Pisano. The other marble statues in the room are of various saints and prophets and are by Gano di Fazio. You’ll also find a wooden crucifix by Giovanni Pisano and some stomach-turning reliquaries.

The next room mostly contains works by Amborgio Lorenzetti (1319-1347) – a very famous Sienese painter. Keep an eye out for his stunning gold masterpiece of the Madonna with Child surrounded by angels, prophets, saints and apostles (pictured). This is hands down the most beautiful and precious piece in the museum.

The second last room has paintings by Stefano di Giovanni, also known as ‘Sassetta’ (1392-1450). The final room is filled with silver goblets, precious items from the church’s vestry, sheet music and robes.

The religious art on display in this museum is some of the finest in the Maremma. It’s a definite must for anyone passionate about art history or the artists that defined Siena in the 13th, 14th and 15th centuries.