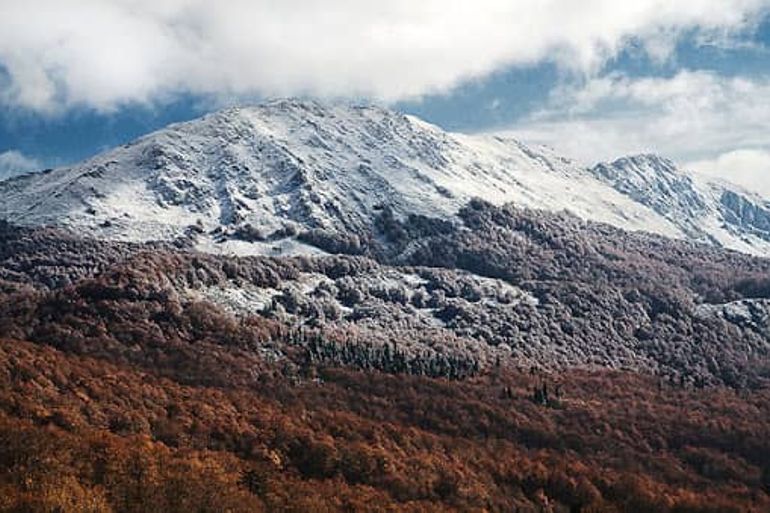 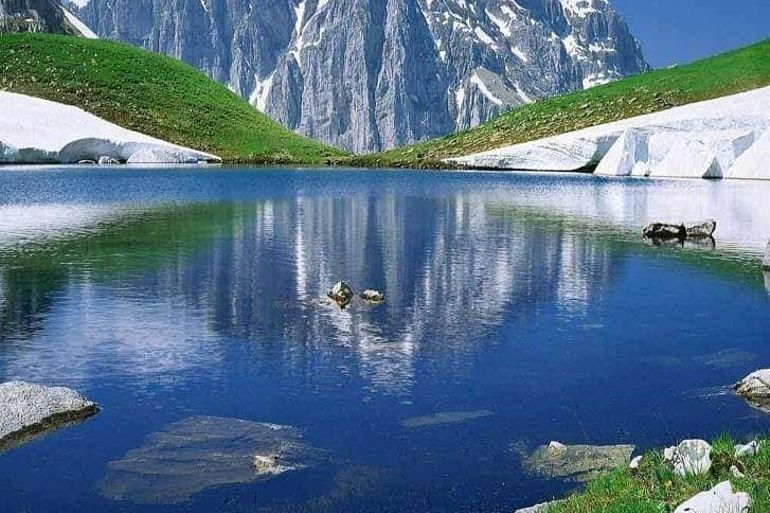 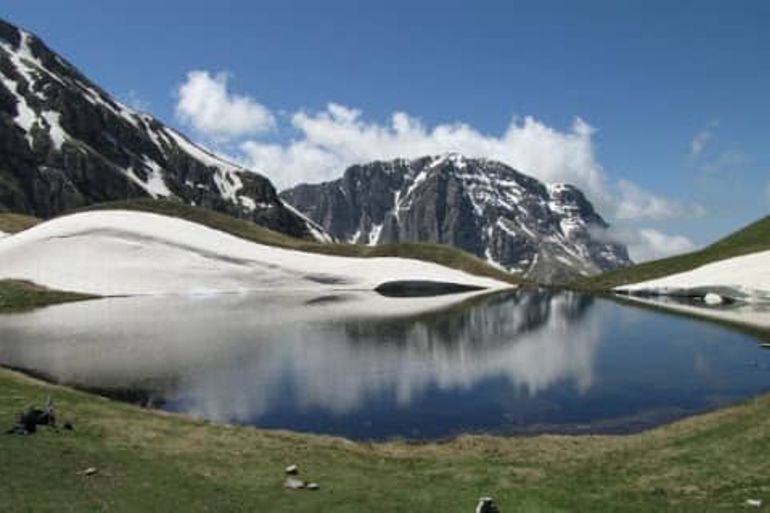 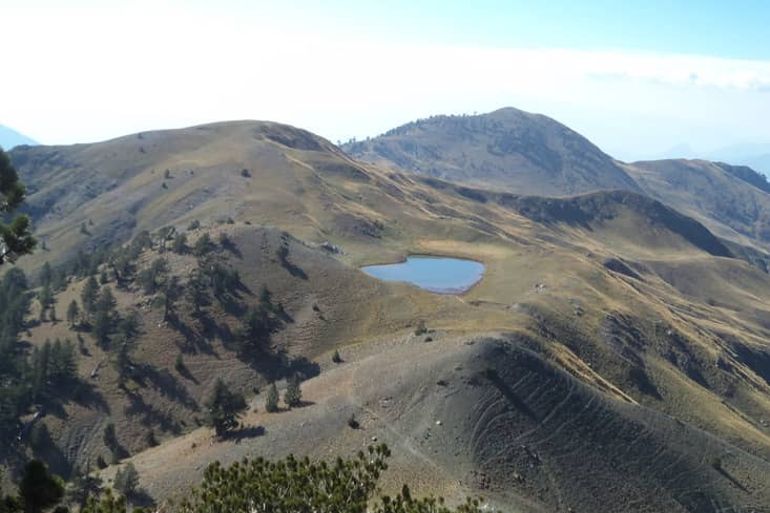 Mount Smolikas is a mountain in the Ioannina regional unit, northwestern Greece. At a height of 2,637 metres above sea level, it is the highest of the Pindus Mountains, and the second highest mountain in Greece after Mount Olympus. The mountain consists of ophiolite rocks. During several periods in the Pleistocene the northern and eastern cirques and valleys were glaciated. The last glaciers of this area retreated around 11,500 years ago. It is drained by the river Aoos to the south, and the river Vourkopotamo to the north. There is a small alpine lake called "Drakolimni Smolika" near the summit, at about 2,200 metres elevation. Nearby mountain ranges are Tymfi to the south, Gramos to the northwest, Vasilitsa to the southeast and Voio to the northeast. The higher elevations, above 2,000 metres, consist of grasslands and rocks, and there are deciduous and conifer forests at lower elevations.

Situated in western Greece, Smolikas is in one of the 'wettest' areas in Greece and the highest in the area with 5 large 2000+m peaks. There are massive snowfalls that start around late December during good years which remain until early May.

You can easily ski-mountaineer during all the winter months although in general it is not recommended to head on the mountain between mid-January and late-February. The best snow is around mid-April where the days are longer and the skies clear and the snow is perfect cold powder.

You can start the climb from six different villages, three on the south and three on the north face. The general reference point for reaching the mountain is the city of Konitsa near the Greek - Albania border. You can also access the east most trails by driving to the city of Grevena.