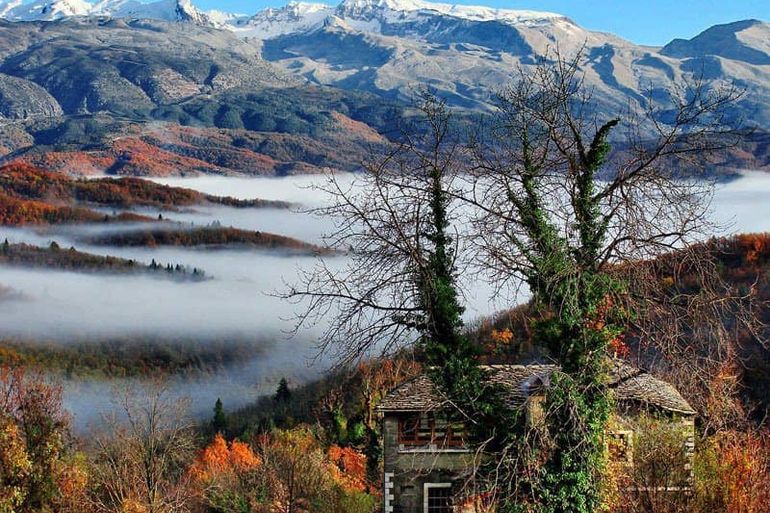 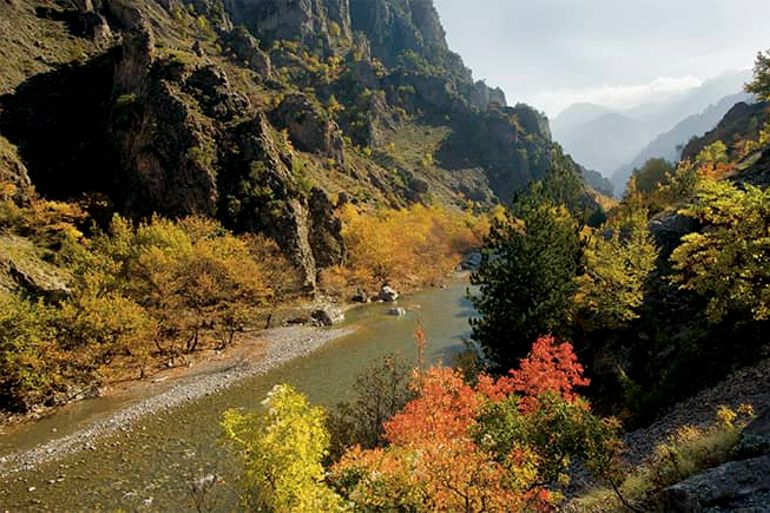 The Vikos–Aoös National Park is a national park in the region of Epirus in northwestern Greece. The park, founded in 1973, is one of ten national parks in mainland Greece and is located 30 kilometres north of the city of Ioannina in the northern part of the Pindus mountain range. It is named after the two major gorges of the area and encompasses 12,600 hectares of mountainous terrain, with numerous rivers, lakes, caves, deep canyons, dense coniferous and deciduous forest.

In the northern part of the Park, and very close to the town of Konitsa,the Aoös river passes through channels formed by the bulges of the nearby mountains of Trapezitsa 2,022 m (6,634 ft), Mt Tymphe and Raidovouni 1,957 m (6,421 ft), creating the Aoös Gorge that is 10 km (6 mi) long. It has an east-west direction and features numerous stone single-arched bridges from the 17th to 19th centuries, as well as monasteries built in the local architectural style. It is characterized by the great number of secondary gullies and currents, while the southern part of the gorge is steeper than the northern part. Deep and steep ravines within the perpendicular walls carry down into the Aoös large quantities of material resulting from limestone-weathering. The compact dolomites that lie on the bottom of the gorge date to the Early Jurassic period and are the oldest rock formations in the Park. Their age has been determined by means of sea fossils found inside them.

The Vikos–Aoös National Park is a natural tourist attraction, with high ecotourism and agrotourism potential. The local tourism industry has been favored by national and European funds and provides modest accommodation and tourism services, respectful towards the local tradition and culture. Characteristically, the Federation of Nature and National Parks of Europe (FNNPE) stated that "the need for a sustainable form of tourism has never been greater in the area".

The rivers in the Vikos–Aoös area are a destination for rafting and canoe-kayaking enthusiasts. Additional forms of adventure sports include climbing, hiking and mountain biking along local paths in order to observe the area's natural features and architecture. Popular trails in the region include the crossing of the Vikos Gorge, which lasts approximately six to seven hours and is considered of medium difficulty, as well as hiking around the peaks of Mt Tymphe. Several lookouts that offer panoramic views of the Vikos Gorge, such as the Oxya and Beloe lookouts and the 15th century Monastery of Saint Paraskevi, are accessible only by foot.