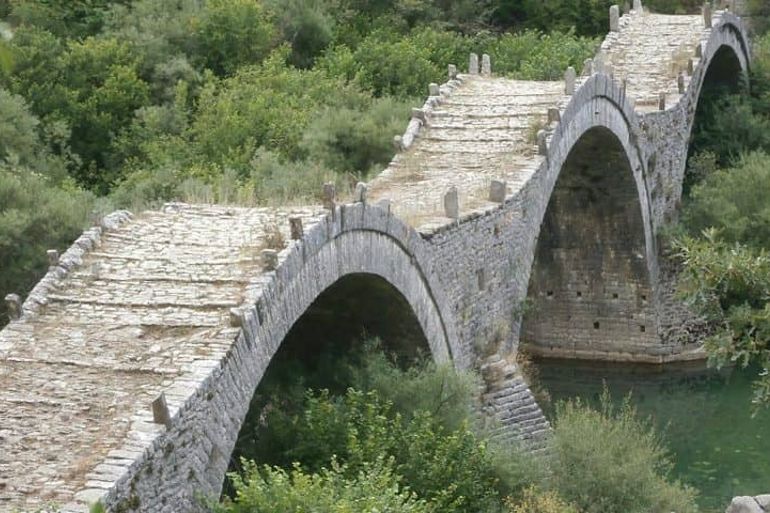 The Vikos Gorge is a gorge in the Pindus Mountains of northern Greece. It lies on the southern slopes of Mount Tymfi, with a length of about 20 km, depth ranging from 120 to 490 m, and a width ranging from 400 m to only a few meters at its narrowest part.Vikos is listed as the world's "deepest relative to its width" gorge by the Guinness Book of Records among others.

The main part of the gorge stretches from the village of Vikos to Monodendri, and attains a depth of about 1,000 m (3,281 ft).

The landscape of the 20 km long gorge, 12 km οf which belongs to the park's core zone, presents a diverse relief and is characterized by abrupt altitudinal changes. Steep slopes and precipitous rocky cliffs dominate in the middle and higher zones respectively. Numerous gullies dissect both sides of the gorge and the movement of water detaching various rocky materials creates extended screes. The gorge, with a northwest-southeast direction, has been carved over millions of years by the Voidomatis River, a tributary of the Aoos. The Voidomatis is mostly seasonal, with year-round flow occurring only in the lower part of the gorge.