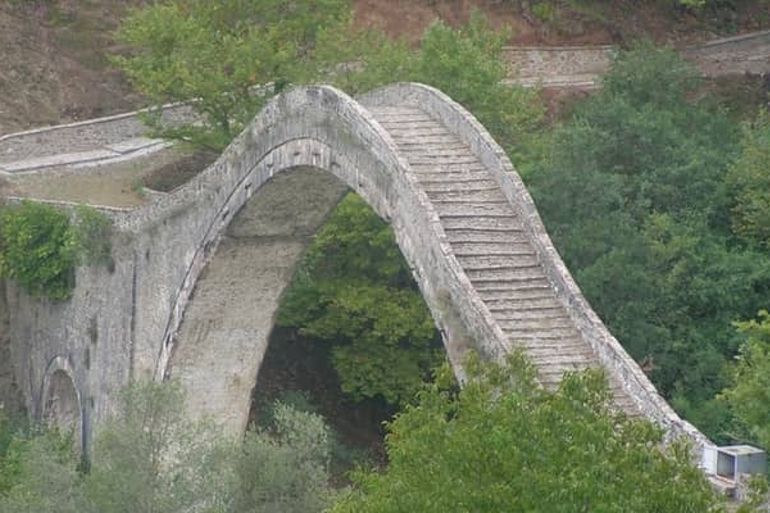 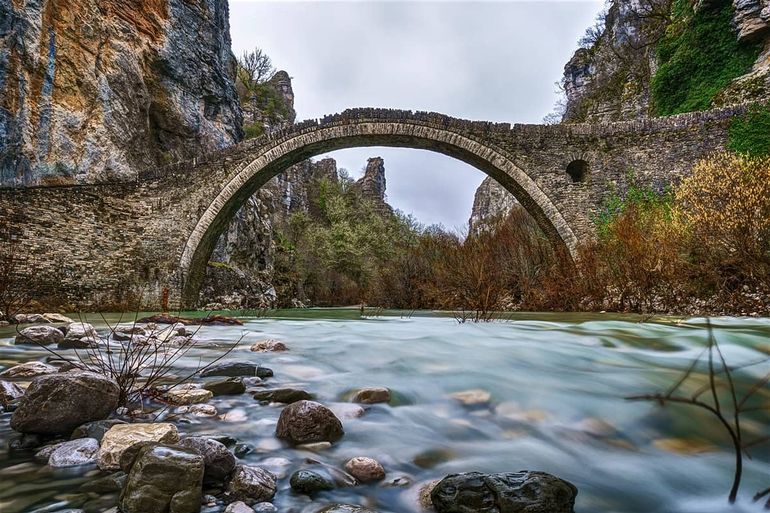 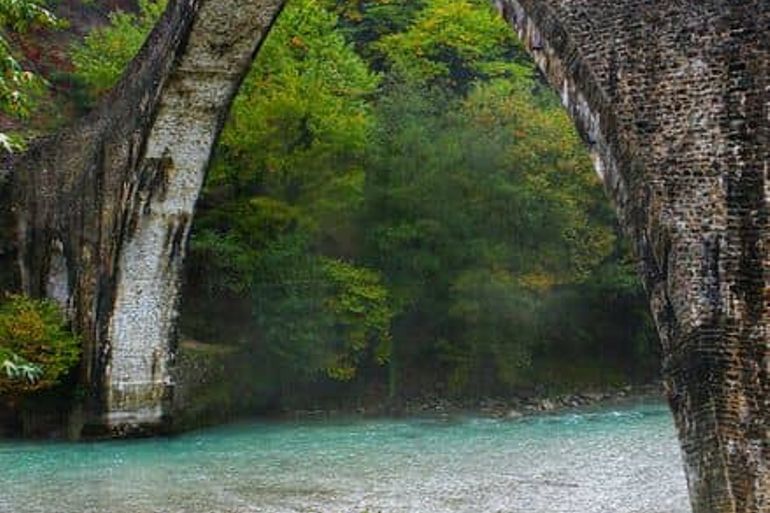 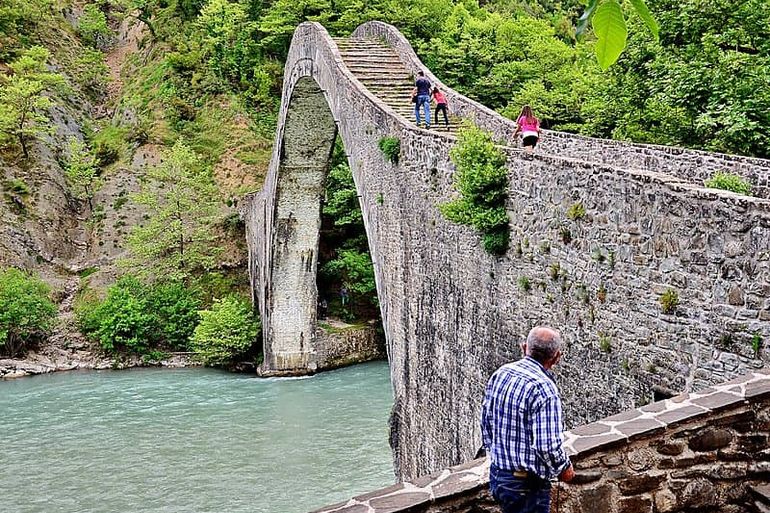 Plaka Bridge is a 19th-century stone one-arch bridge in Greece that collapsed during the floods of 1 February 2015. It is located at the borders of Arta and Ioannina prefectures, above the waters of Arachthos River. Administratively, it belongs to the community of Plaka-Raftaneon. With its arch of 40 metres width and 17.61 m height, it was the largest one-arch bridge in Greece and the Balkans, and the third largest one-arch stone bridge in Europe. It also had two small auxiliary arches of 6 metres width on its two sides. It was considered "one of the most difficult, single-arch bridges to construct."The bridge was the starting point for rafting and canoeing on Arachthos River.

The Plaka Bridge, over Arachthos River, was the largest stone one-arch bridge in Greece and the Balkans, and the third largest one-arch stone bridge in Europe. Constructed by Constantinos Bekas in 1866, after two unsuccessful attempts by other builders, the bridge stood for 148 years surviving German bombings during the Second World War only to be claimed by a flash flood in February 2015. It was considered one of the region’s most important landmarks.

The bridge was built upon the order of Ottoman Sultan Abdülaziz, and was completed in 1866 under the supervision of the famous local builder Constantinos Bekas. In the six years prior to its construction, two attempts were made by other builders. Both had proven unsuccessful, with the bridge collapsing during construction. In 1863 it collapsed on the very day of its inauguration, presumably in front of a stunned audience.