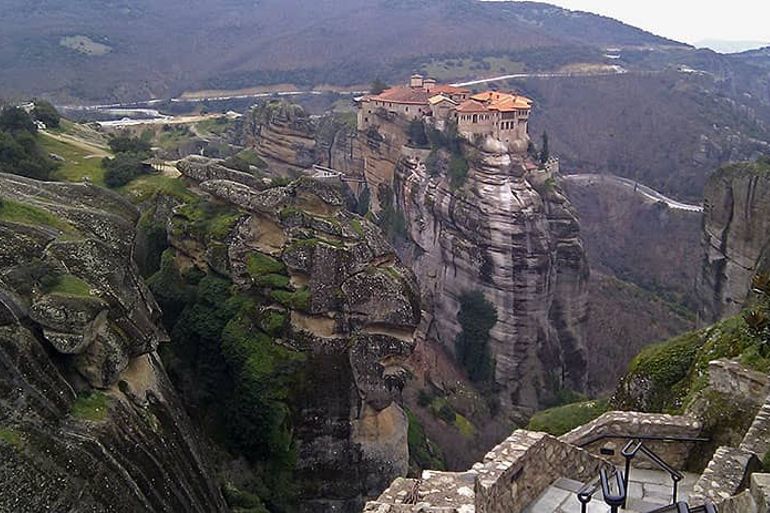 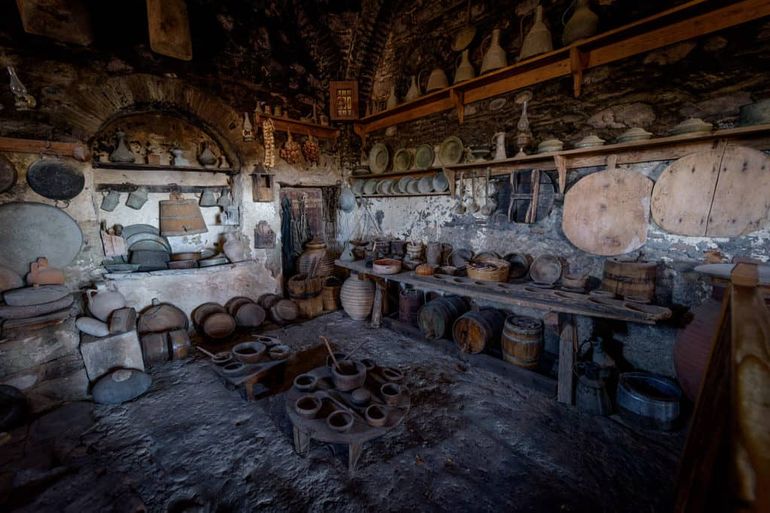 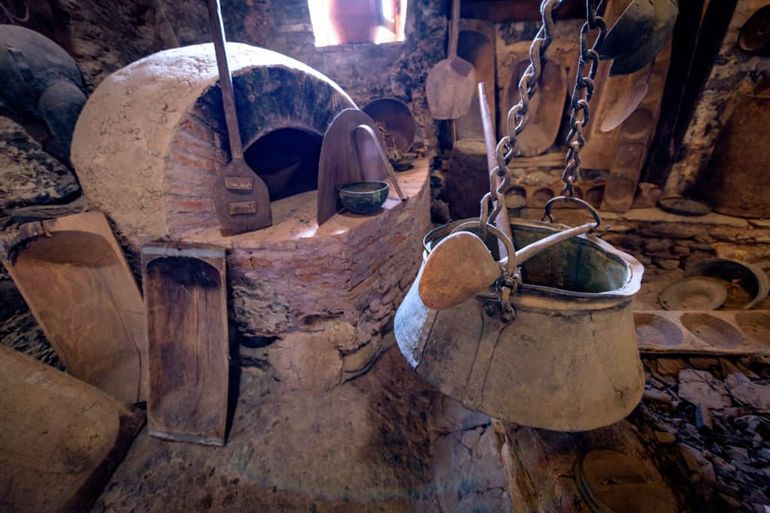 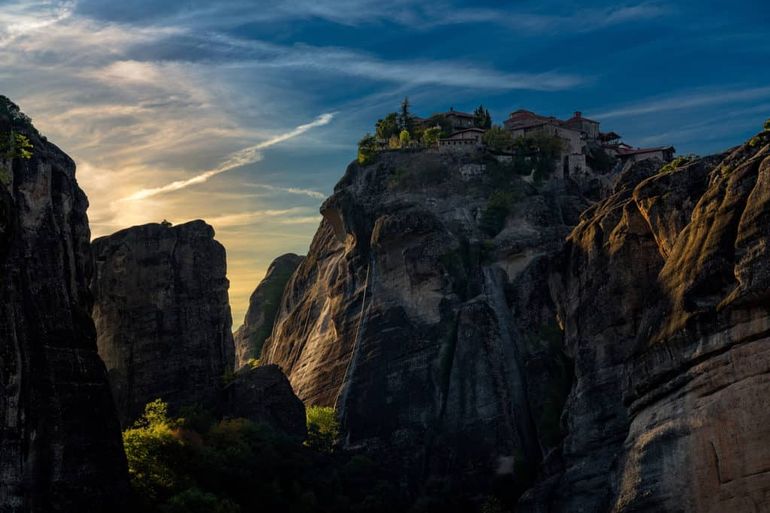 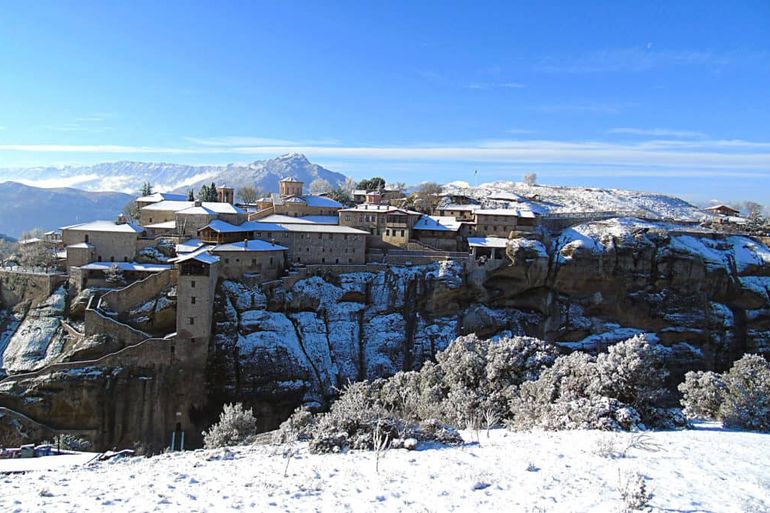 Founded in the 14th century by a monk from Mount Athos, the Great Meteoron is the oldest and largest of the Meteora monasteries. Standing on top of a rock rising 615 meters above sea level, it is also the highest of all monasteries at Meteora. Visit the main cathedral (katholikon) to admire beautiful 16th-century frescoes and Greek Byzantine art. Then, head to the refectory which now houses a museum with religious manuscripts and icons. Don't forget to peek into the kitchen still black with smoke and some original equipment on display.

The Great Meteoron Monastery is the biggest and oldest one of all. It was called the monastery that was “suspended in the air” (meteoro), because of the formation of the gigantic rock on top of which it was built. The Great Meteoro Monastery or Megalo Meteoron was founded in the 14th century by Saint Athanasios the Meteorite who was the first founder of the monastery and the organizer of the systematic koenovion for Meteora. For this reason, the foundation of this monastery is considered to be a turning point, or even better, the beginning of the organized monasticism in Holy Meteora. Hosios Athanasios was born around 1302 in the medieval town of New Patras, today’s Hypati and his lay name was Andronikos.

The main church of the monastery dedicated to the transfiguration of our Lord and Savior in the central courtyard is embellished with beautiful 16th century frescoes. Take time to gaze at the artistic details of some of the best samples of Greek Byzantine art and then rush to the museum, where historical codices and religious icons of high value are on display. Once you’ve reached the summit, a rewarding view awaits you and the monastery calls for exploration.

In the monastery the visitor can still visit and admire the Sacristy as well as the manuscript and the New-martyrs halls (previously a nursing home and hospital) and the hall of Coloured Historical Lithographies of the years 1913-23 and 1940-41. Take a look inside the old refectory of the monks, where part of an original 16th century table is preserved, with the original cutleries on it. Don’t forget to take a glance at the monastery’s old kitchen on your way out, still black with smoke, with the original bread oven and soup hearth.