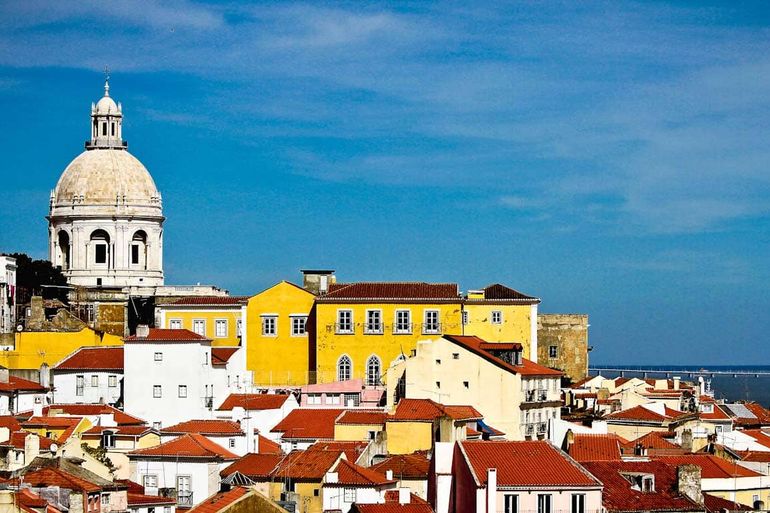 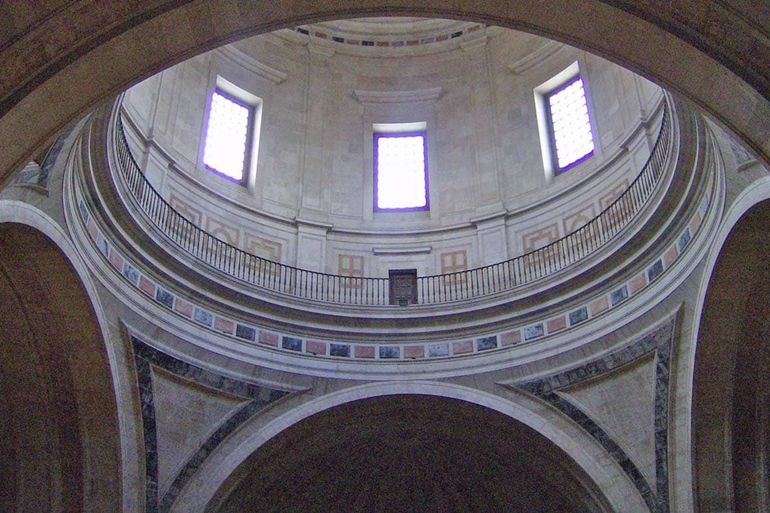 Get to know the last address of illustrious Portuguese over the centuries: the National Pantheon.

Built in the 16th century, then the church of Santa Engrácia, by the Infanta Dona Maria, daughter of King D. Manuel I, the church was never dedicated to worship nor did it fulfill its mission.

For this reason the idiomatic expression "like the works of Santa Engrácia" is used, to name everything that is never completed.

In reality the works lasted 350 years and were only completed in the mid-twentieth century.

Get to know the legend of the secret love between Simão Pires and Violante, a disgruntled novice of the nearby convent of Santa Clara.

The curse launched by Simão gave rise to the expression. He was condemned to the stake unjustly for having been suspected of stealing relics while he was visiting his beloved.

Get to know the illustrious stage of such a tragic love story, considered the most beautiful baroque monument in Lisbon.

The National Pantheon, which houses the tombs of great figures of Portuguese history, occupies the building originally intended for the church of Santa Engrácia.
Founded in the second half of the 16th century, the building was completely rebuilt at the end of the 1600s by the architect João Antunes; although never open to worship, it preserves, under the modern dome, the majestic space of the nave, animated by the decoration of colored marbles, characteristic of Portuguese baroque architecture. Reference element in the profile of the city and offers privileged points and views of the historic city and the Tagus River, it is classified as a national monument.