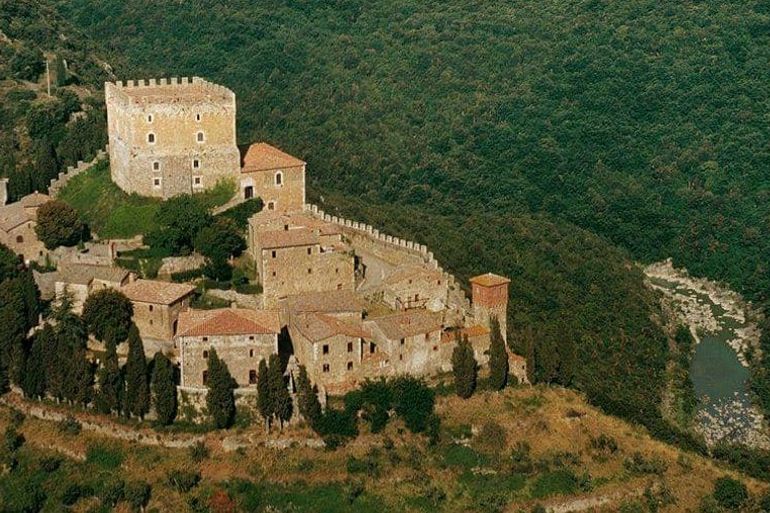 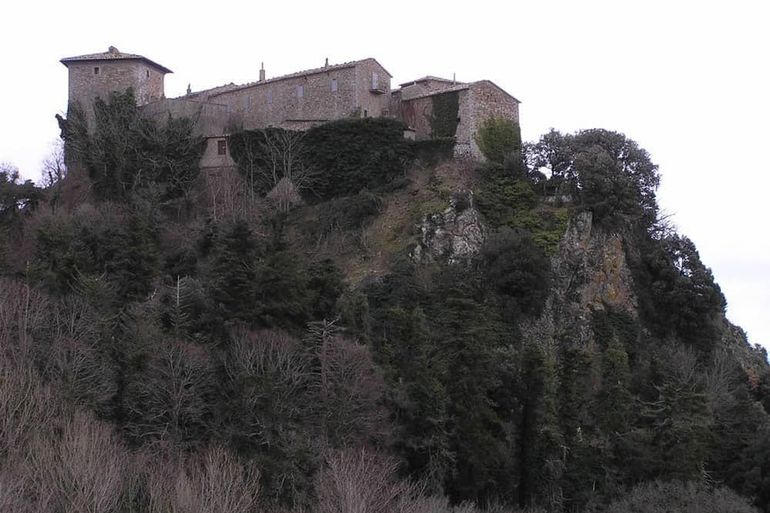 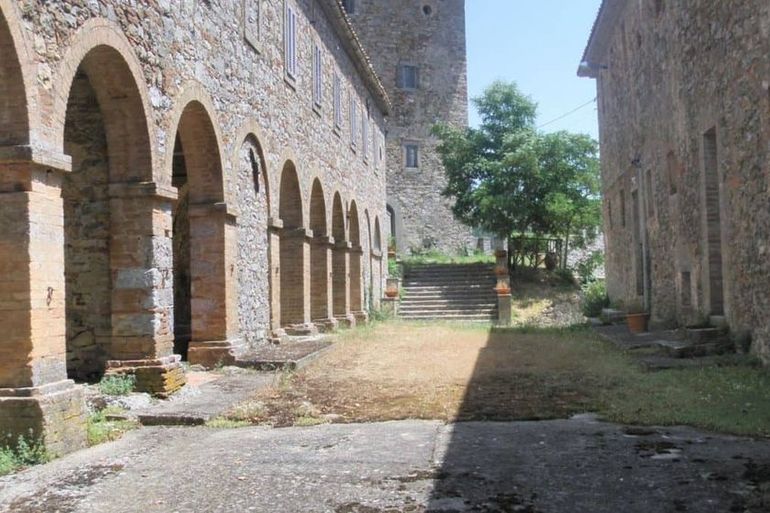 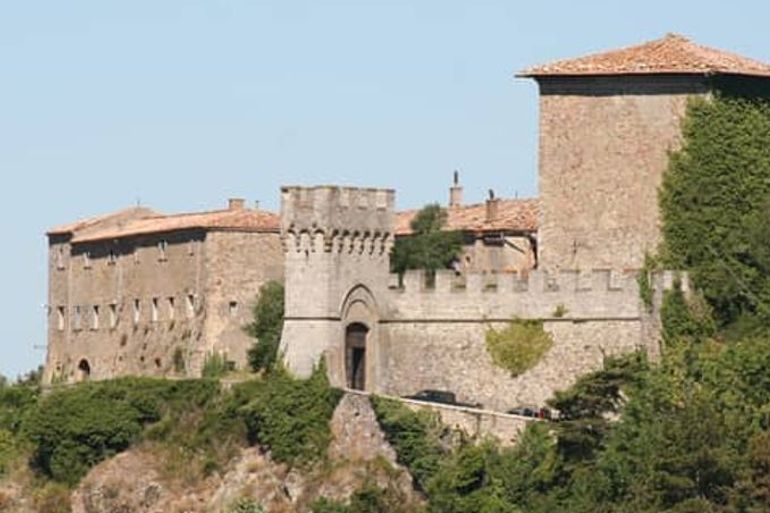 The Castello di Triana is located about 6 km from Roccalbegna in the direction of Monte Amiata. In the past this castle was also called with the names of Triana di Santa Fiora or Atriana. The castle is located at an altitude of 767 above a rocky hill in the west of the mountain buttress that from Monte Labbro passes through the Valleys of Fiora and Albegna.

The first news of the castle is from 822, when it is named in a parchment. Later, from the twelfth century, the castle of Triana was dominated by the Counts Aldobrandeschi of S. Fiora, who in 1388 sold the fiefdom of Triana to the Piccolomini family of Siena.

Much of the castle has been renovated or rebuilt in recent times, among the original ancient structures we find the quadrangular tower. The door to the castle and the tower above it is a recent work. Inside the castle is the chapel of the Madonna di Loreto dating back to the seventeenth century. Near the castle is the parish church of San Bernardino alla Triana built in 1780 at the behest of the Piccolomini. The castle is private property and is not open to the public.

The difficult life of our ancestors in the Maremma between malaria, poverty and aridity of pastures.
This is why the Maremma was considered inhospitable land.

The modern reality of the Tuscan countryside is not due to a single scheme, but it is necessary to divide the area into at least three large geographical areas: the Apennines and the Apennine mountains, the hilly territories and the bottom of the internal Tuscany, the coastal areas of the hills -piano delle Maremme.

It is the latter that interests us more closely, and which we will discuss to explain the origin and the substratum on which the traditions, the festivals, the typical cuisine, the settlement have developed.

The extensive undulating and uninhabited surfaces, the typical interweaving of the bare plots, without permanent boundaries, with the Mediterranean spots and the coastal marshes rendered its agricultural landscape and its productive resources suitable for the frequent aggregation of the scarce inhabitants in the highlands. Tiny possessions broken were the source of subsistence of the peasants, sown with vines and olives; but the associated life of these groups was however put in crisis by the seasonal emigration, provoked by the summer phenomena of malaria and the aridity of the pastures.
Because of the economic difficulties, there was the custom of keeping one or two big beasts for cultivation (when they were not too poor to have only a hoe!) And to breed some sheep and pig, relying on the forage provided by the extensive woods and local pastures, to the grass of the stubble and the open uncultivated.
To this source of income, wood cutting and coal preparation must be added.

Dependent on the precarious situation, the phenomenon of transhumance of flocks.
Until other means of animal feeding became available to a sufficient extent, sheep breeding in this area would not have been possible on a large scale if the Maremma shepherds had not been able to "stand" on the mountains to look for fresh grass and escape the miasms. of the marshy plains, if the flocks of the mountain had not been able to winter in the Maremma, substituting the snow-covered alpine pastures.

Risking the health and death of malaria, they tried to make ends meet.