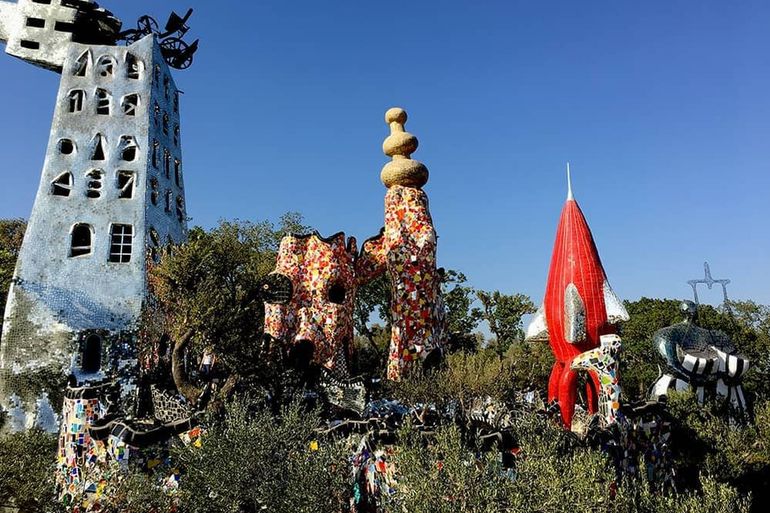 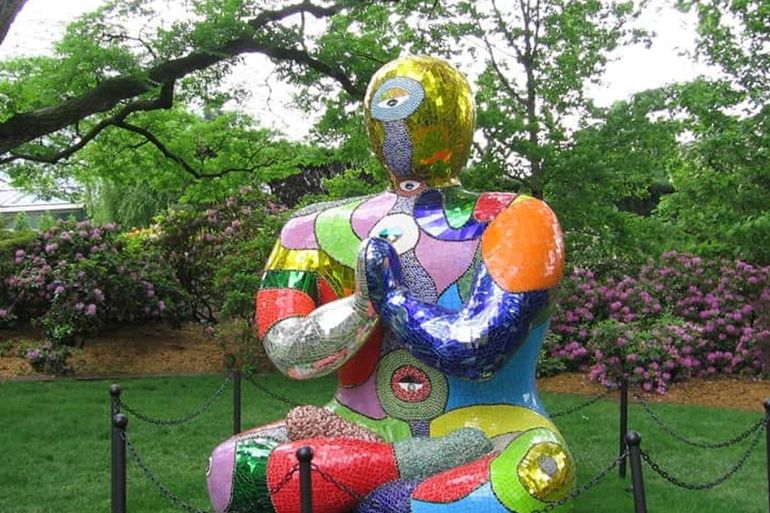 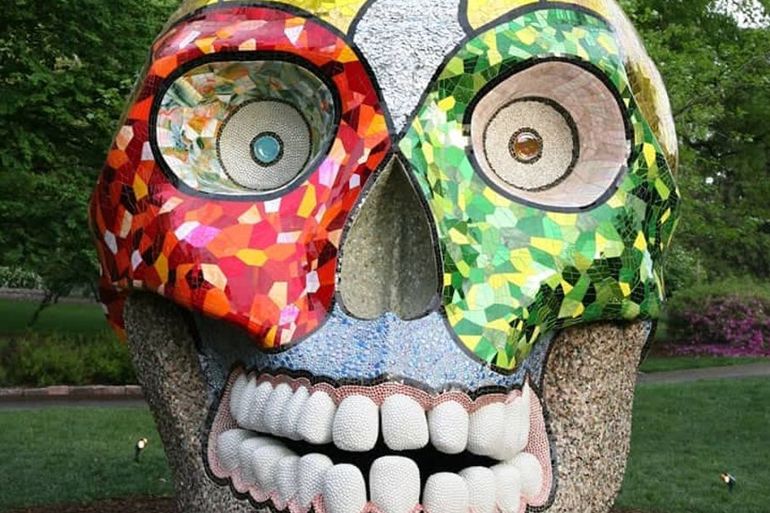 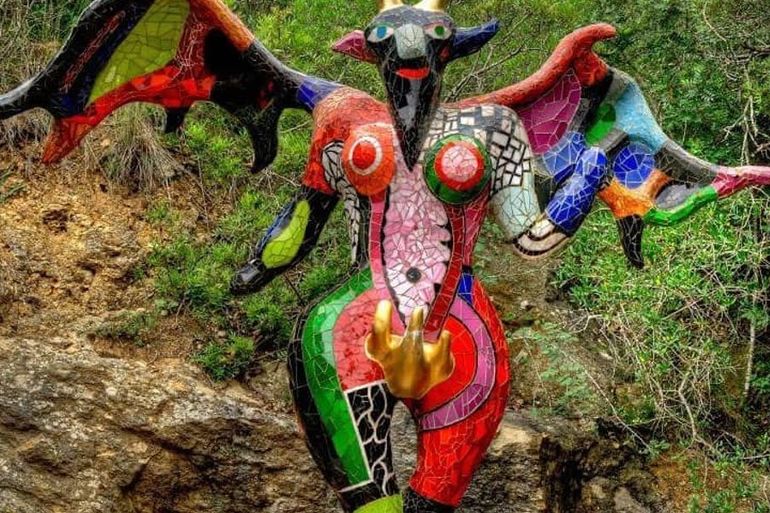 Il Giardino dei Tarocchi is an artistic park located in Garavicchio, near Pescia Fiorentina, a municipal district of Capalbio (GR) in Tuscany, Italy, designed by the French-American artist Niki de Saint Phalle, populated with statues inspired by the figures of major arcana of the tarot.

Following the inspiration he had during his visit to the Parque Guell of Antoni Gaudí in Barcelona, then reinforced by a visit to the Palais idéal by Ferdinand Cheval.

In 1978 Niki started the work for his Taradin Giradino on the landholding of Carlo and Nicola Caracciolo, in Garavicchio in southern Tuscany. He elaborates the first models that are based on the Greater Arcana of the Tarots and anticipate the mega-sculptures of his garden. Identifying in the Garden the magical and spiritual dream of his life, Niki de Saint Phalle dedicated himself to the construction of twenty-two imposing figures in steel and concrete covered with glass, mirrors and colored ceramics, for more than seventeen years, flanked, as well as several specialized workers, from a team of famous contemporary art names such as Rico Weber, Sepp Imhof, Paul Wiedmer, Dok van Winsen, Pierre Marie and Isabelle Le Jeune, Alan Davie, Marino Karella and especially her husband Jean Tinguely, who died in 1991 , who created the metal structures of the huge sculptures and integrated some with his mécaniques, self-assembling assemblages of mechanical elements in iron.

Ricardo Menon, a friend and personal assistant of Niki de Saint Phalle for over 10 years, also disappeared a few years ago, and Venera Finocchiaro, a Roman ceramist, also contributed to the work; the smaller sculptures of the Garden (Temperance, Lovers, the World, the Hermit, the Oracle, Death and the Hanging), made in Paris with the help of Marco Zitelli, were then produced in polyester by Robert, Gerard and Olivier Haligon.

The Ticino architect Mario Botta, in collaboration with the Grosseto-based architect Roberto Aureli, designed the entrance pavilion - a thick fence wall with only one large circular opening in the center, designed as a threshold that clearly divides the Garden from everyday reality .

Completed only in the summer of 1996, the realization of the Garden involved, in addition to an enormous work of planting, an expenditure of about 10 billion lire entirely self-financed by the author.

In 1997 Niki de Saint Phalle established the Il Giardino dei Tarocchi Foundation whose purpose is to preserve and maintain the work created by the sculptor. On May 15, 1998, the Tarot Garden was opened to the public.

On 21 May 2002 Niki de Saint Phalle died at the age of 71 in La Jolla, California. According to his last wishes, the design of the Tarot Garden will have to end at the time of his death.

On 8th July 2002 the "Il Giardino dei Tarocchi" Foundation will be officially recognized by the Tuscany Region.