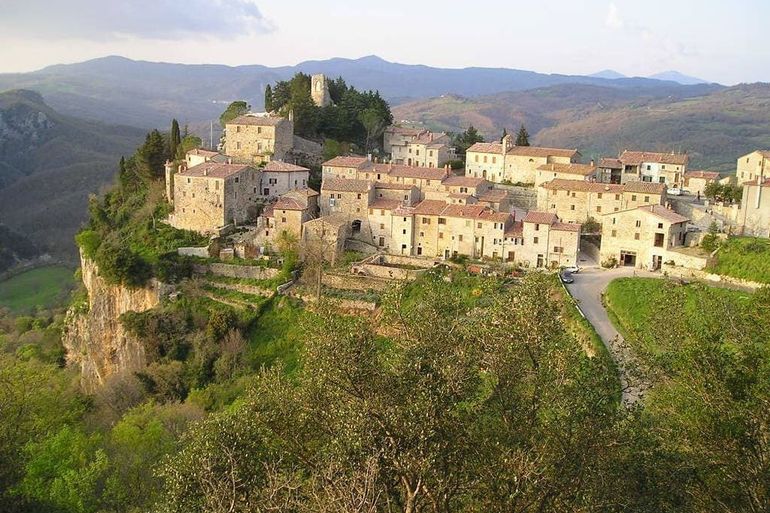 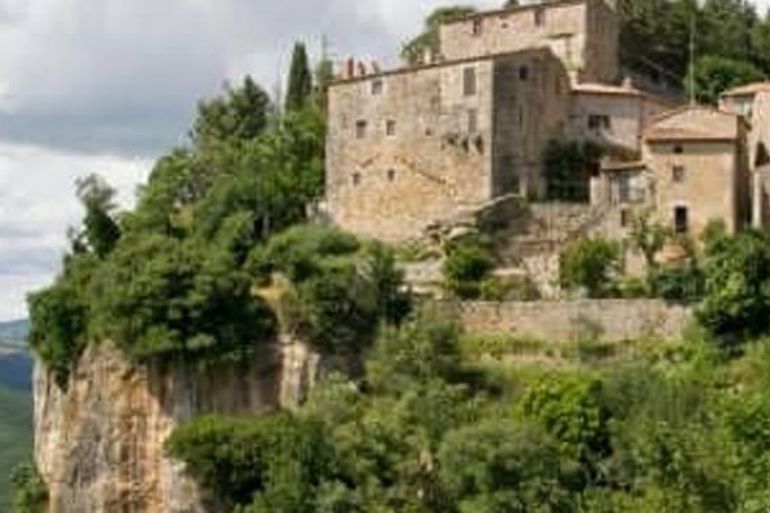 The church in the Middle Ages in the upper part of the village, inside the Aldobrandesco castle , between the Palazzo Pretorio and the "Rocca" (the latter is currently in the form of ruins). The religious building, which belonged to the Order of the Templars until their dissolution, has undergone a slow and inexorable decline which has increased considerably since the seventeenth century .

The definitive desecration took place around the middle of the last century , when the building was divided on several levels and used for private use

According to a legend, a Templar knight would be buried near the church along with his horse and his sword, probably in the ancient crypt of the church; the same legend tells that, somewhere in the country, a huge treasure belonging to the Order of the Templars is hidden.

The parish church of Santa Cristina, now deconsecrated for many years, can be reached through a flight of steps that leads directly to the entrance door that opens onto the left side of the main façade. Above the portal, characterized by a round arch , a Templar cross is clearly visible; very characteristic is the rose window that opens at the top of the façade, off-axis with respect to the portal below.

Overall, the building is in Romanesque style and, due to the current state, it deserves careful restoration