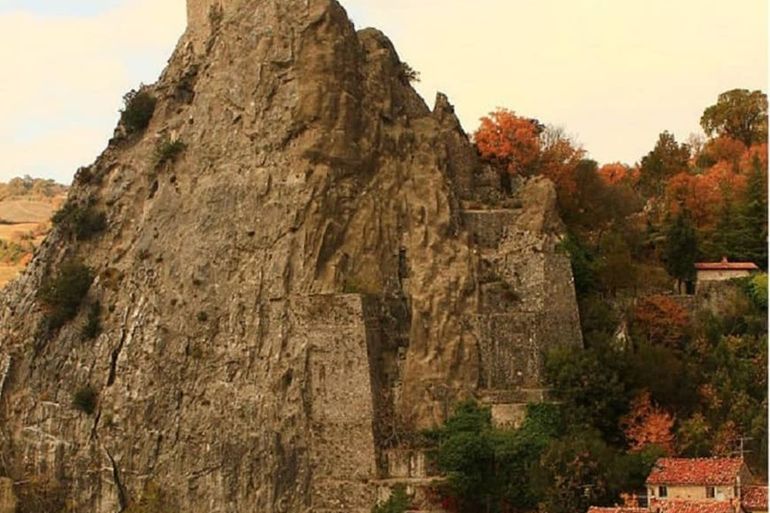 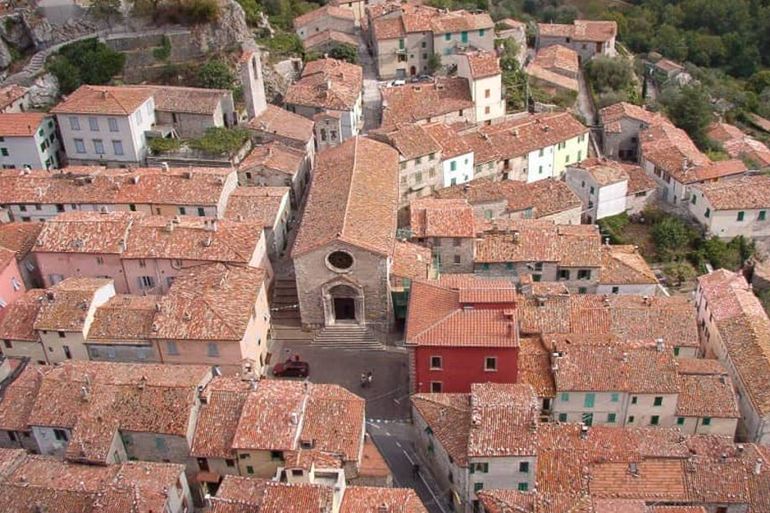 Also known as the Rocca Aldobrandesca, this fortress sits on the peak of one of the two cliffs that overlook Roccalbegna. It was built in the Middle Ages by the Aldobrandeschi as a defensive bastion and observation fort, and was almost impregnable thanks to its position on the cliff.

During the 13th century, it was also an intensive care unit and refuge for those locals at times of enemy attack.

After the fall of the Aldobrandeschi, the fortress was abandoned and experienced the slow decline that lead to its current, somewhat forlorn appearance.

Admittedly, it’s little more than a pile of impressive ruins now, but it was originally a very striking building. Built to withstand any attack, the fort has an irregular shape, curling itself around the cliff’s summit to protect every angle.

Visitors are more than welcome to explore the ruins, if they can get up to the top of the cliff.

For more info and tips on how to get there, pop into the tourist information centre in Roccalbegna. It’s worth the trip just to see the beautiful wild flowers and errant vines that have wound their way around the crumbling towers. The view is pretty good here too!